People behind Malaria No More UK

Every person behind our team is vital to our work to end malaria. Here are just a few of many people we couldn't do without...

HRH The Prince of Wales, President

His Royal Highness has long been a supporter of our work and a global champion of the need to end malaria. At a dedicated Malaria Summit at the time of the 2018 Commonwealth Heads of Government Meeting (CHOGM) in London, His Royal Highness spoke of the need for immediate action to combat malaria:
"Combating malaria is without doubt an issue of truly global urgency and I’m encouraged and inspired to see how real the determination of the international community is to overcome this dreadful disease."

Peter Chernin is Chairman of Malaria No More (US) Board, and Founder of Chernin Entertainment and The Chernin Group. He founded Malaria No More US alongside Ray Chambers in 2006 with the goal of mobilizing the political commitment, funding, and innovation needed to end malaria. He later helped launch Malaria No More UK as a Founding Patron in 2009.

Besides being a Founding Patron of Malaria No More UK, Simon Fuller is owner and Chief Executive of XIX Entertainment and the creator of American Idol. From seeing his father suffer from malaria, and later through his experiences living in Ghana as a child, he saw firsthand how malaria affects people's lives, and developed a personal commitment to the fight to end the disease. 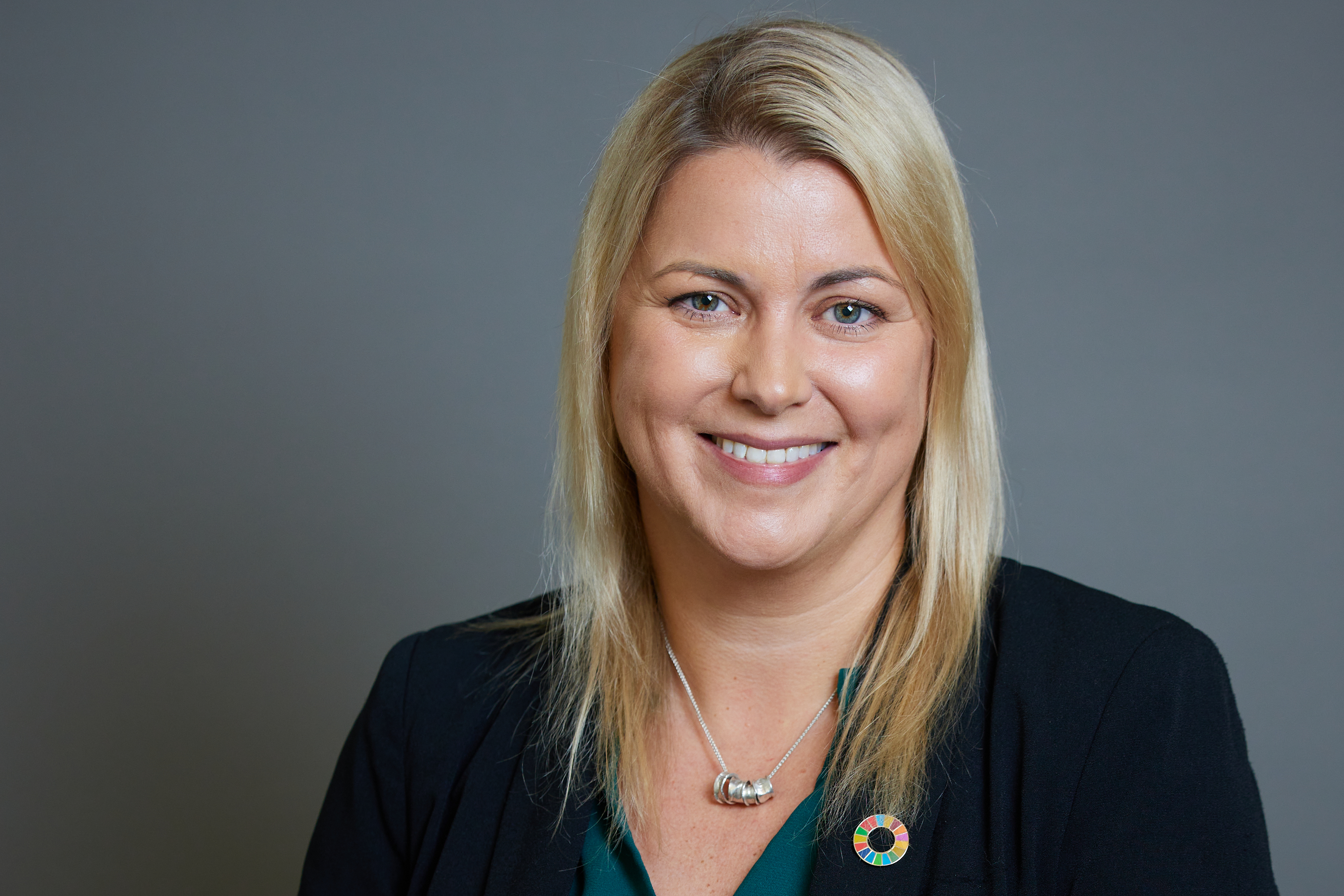 Baroness Sugg became Chair of the Board of Trustees in March 2022. She is a member of the UK House of Lords, where her main focus is on international development, foreign affairs and gender equality. She was Minister for Sustainable Development at the Foreign, Commonwealth and Development Office, previously serving as Minister at the Department for International Development from April 2019. Baroness Sugg was the UK's first Special Envoy for Girls' Education, and her ministerial portfolio included gender equality, sexual and reproductive health and rights, education, children and youth, as well as inclusive societies.

She resigned from her position in November 2020 following the decision to cut spending on International Development from 0.7% of Gross National Income.

She is the Vice-Chair of the All Party Parliamentary Group on Malaria & Tropical Diseases.

Prior to joining the House of Lords, she served for six years as Director of Operations and Campaigns at 10 Downing Street under Prime Minister David Cameron.

Retiring in 2019 after a 40 year career, Norman has worked providing professional accounting and consulting services to the Government, state-owned enterprises, private organisations, and development institutions in Zambia. He also worked at Anglo American Plc in South Africa, at Chief Executive Officer and Chief Financial Officer of major subsidiaries or business units. He is Chairman of Anglo American Platinum Ltd and Zambia Sugar Plc, and sits on the Board of the South African Reserve Bank.

Sophie O'Connor is currently Chair of Embark Group, Non-Executive Director of Scottish Widows/Lloyds Banking Group Insurance, Bupa Insurance and Sanne Plc, and a Trustee of Chance to Shine. She spent 15 years at Bank of America Merrill Lynch after qualifying as an accountant with Ernst and Young. She has an MA in History from Cambridge University.

Dr Linda Yueh is an economist, writer and broadcaster. She holds senior positions at Oxford University, London Business School, and the London School of Economics and Political Science. She is an Adviser to the UK Board of Trade and Chair of the LSE Economic Diplomacy Commission.

Azra Ghani is a Professor in Infectious Disease Epidemiology at Imperial College London. Her research combines the use of mathematical models and statistical methods to explore the impact of interventions against infections of humans and animals, with a focus on results which can inform policy. Her malaria research has focussed on the development of models that can inform policies on how, where and when to implement different interventions against malaria to aid local elimination, and eventual eradication, of the parasite. Since 2020 she has also supported the response to the COVID-19 pandemic, focusing on global impact estimates and evaluation of vaccination strategies. She works at the interface between academia and policy, collaborating with key global health agencies including WHO, The Global Fund and Gavi. She has been a member of the WHO Malaria Policy Advisory Group since 2016.

Dr David Reddy, PhD, is CEO of Medicines for Malaria Venture (MMV). MMV is a not-for-profit research foundation that, together with its partners, has brought forward 13 new antimalarial drugs to malaria-endemic countries, saving an estimated 2 million lives to date. In addition, MMV has broadened the global malaria medicine portfolio and manages, with its partners, 65 projects. David has 26 years of experience in the development and commercialization of medicines for the treatment of infectious diseases. He is also a Board member of the Coalition for Epidemic Preparedness Innovations (CEPI), of the RBM Partnership to End Malaria, as well as Malaria No More UK.

Andrew Cook is a not for profit leader, fundraising development and communications specialist with considerable experience of working in executive and non-executive roles, for organisations such as the Red Cross, Oxfam and WaterAid. He currently serves as Executive Director for Income Generation at the Stroke Association in UK. Andrew is also Chair of the Advisory Board for the International Fundraising Congress, and became a Board Trustee of Malaria No More UK in 2017.

Dr Eva Thorne directs policy and innovations for the Tony Blair Institute for Global Change, leading a team that focuses on politically actionable research and prototyping on Africa and the 4th industrial revolution, digitalisation for inclusive economic growth, and innovative partnerships across governments and the private sector. Eva has a background of experience working in developing countries with civil society groups, public sector institutions and NGOs on social, environmental and governance issues. She has also worked with African parliamentarians on revenue management and natural resource governance. Eva holds a doctorate in political science from the Massachusetts Institute of Technology and an undergraduate degree in history from Harvard University.

Sarah has spent 25 years in the private sector working in branding & communications most recently as CEO of AMV BBDO an agency which she led to the top of the global creative leagues for 3 years running and which, under her leadership, topped the sector in the inaugural FT Diversity Leaders report. She has worked with a vast cross-section of domestic & multinational clients in the private, public & third sectors throughout her career as well as serving as a non-executive director for World Vision & strategic communications advisor to Tear Fund. She is a member of the Marketing Group of Great Britain & has been named in the Evening Standard's Progress 1000. She is married with 2 teenage daughters and lives in London.

Founder and Managing Partner of Open Squares Africa. Feyi consults for multi-national and indigenous firms on how to win in the African market-place. He is the Former Director of Insight Publicis, the largest advertising agency in West Africa, and author of 'The Villager: How Africans Consume Brands'.

The greatest marathon runner of all time, Kenyan athlete and Olympic Gold Medalist Eliud Kipchoge is helping lead the race against malaria. Eliud says: "I am honored to be on the Malaria No More UK Leadership Council. For too long now, malaria has stolen our lives, it has stolen our time, it has stolen our relatives, our children. I want to make sure that malaria doesn't steal our futures anymore."
In Kenya, thousands of lives are lost every year to malaria. Growing up, Eliud experienced malaria and saw its effects on his local community and the country as a whole. Now, he is relentless in his pursuit of positive change to end this disease for good.

From our launch at 10 Downing Street in 2009, David Beckham became a dedicated supporter and founding member of our Leadership Council. Malaria disproportionately affects children under five, causing needless suffering and preventable deaths – something that, as a father, David has long been passionate about ending: "No father anywhere should lose a child to malaria."
David has been the face of the Malaria Must Die campaign since 2018, using his platform to raise awareness and amplify the voices of everyone living with the threat of malaria.

Becoming a father made Andy Murray determined to play a role in the global fight to end malaria. "It’s unthinkable, yet every day more than 800 children lose their lives because of a mosquito bite. In this day and age, this should not be happening. I truly hope that in years to come we can look back and know that we were the generation that helped to end deaths from malaria."
When Malaria No More UK first launched in 2009, Andy became a key supporter and founding member of our Leadership Council. Over the years, he has raised vital awareness, including wearing our logo on his sleeve when he won Wimbledon in 2016.

As a politician Baroness Hayman served as MP for Welwyn and Hatfield, and as the first elected Lord Speaker of the House of Lords in the UK Parliament, from 2006 to 2011. Besides having served in many roles relating to health and medicine, she has experience as a board member of many charities and trusts including Cancer Research UK, and served as Board Chair for Malaria No More UK.

Dame Heather Rabbatts is an entrepreneur and serves as the Non-Executive Director of the FA.

Alan Court is Senior Advisor to Malaria No More UK co-founder Ray Chambers, the UN Special Envoy for Health in Agenda 2030 and for malaria.

Azra Ghani is a Professor in Infectious Disease Epidemiology at Imperial College London. Her research combines the use of mathematical models and statistical methods to explore the impact of interventions against infections of humans and animals, with a focus on results which can inform policy. Her malaria research has focussed on the development of models that can inform policies on how, where and when to implement different interventions against malaria to aid local elimination, and eventual eradication, of the parasite. Since 2020 she has also supported the response to the COVID-19 pandemic, focusing on global impact estimates and evaluation of vaccination strategies. She works at the interface between academia and policy, collaborating with key global health agencies including WHO, The Global Fund and Gavi. She has been a member of the WHO Malaria Policy Advisory Group since 2016.

Bob Snow is Professor of Tropical Public Health at the University of Oxford. He also heads the Malaria Public Health and Epidemiology Group in Nairobi, Kenya.

Chris Drakeley is a Malariologist and Professor at the London School of Hygiene and Tropical Medicine.

Miles Wickstead is a visiting Professor at King's College London, and brings experience as a previous board member of multiple NGOs and foundations.

Richard Feachem is Professor of Global Health at the University of California, Director of the Global Health Group at UCSF Global Health Sciences, and co-Chair of The Lancet Commission on Malaria Eradication.

Join us and stay in the know

Your details will only be used to update you on our work
and will be protected in accordance to our Privacy Policy.